What are SSDs? – Solid State Drives

In terms of speed, reliability, and form factor, an SSD is the reigning champion when it comes to accessing and retrieving data. Instead of storing data via magnetic storage, a solid state drive stores data with flash memory which is more efficient at reading and writing data.

A typical SSD will outperform a hard drive by 100 times or more depending on the SSD. To put that into perspective, a rendering program would take about an hour to render an entire video with a traditional HDD while an SSD could do it in less than half the time!

In terms of capacity, SSDs have been growing and can now accommodate a whopping 1TB of data! Although there are some companies that have created in the realm of 60TBs!

Due to its small size and light weight, SSDs are excellent for longevity, power consumption and noise. You can stick them to pretty much any surface since they’re about ¼ the size of a traditional HDD. It also has no moving parts, which entails less corruption of data, no noise and less power consumption.

As prices for SSDs continue to drop and more businesses switch over to them, you can expect them to become the standard for enterprises and servers. 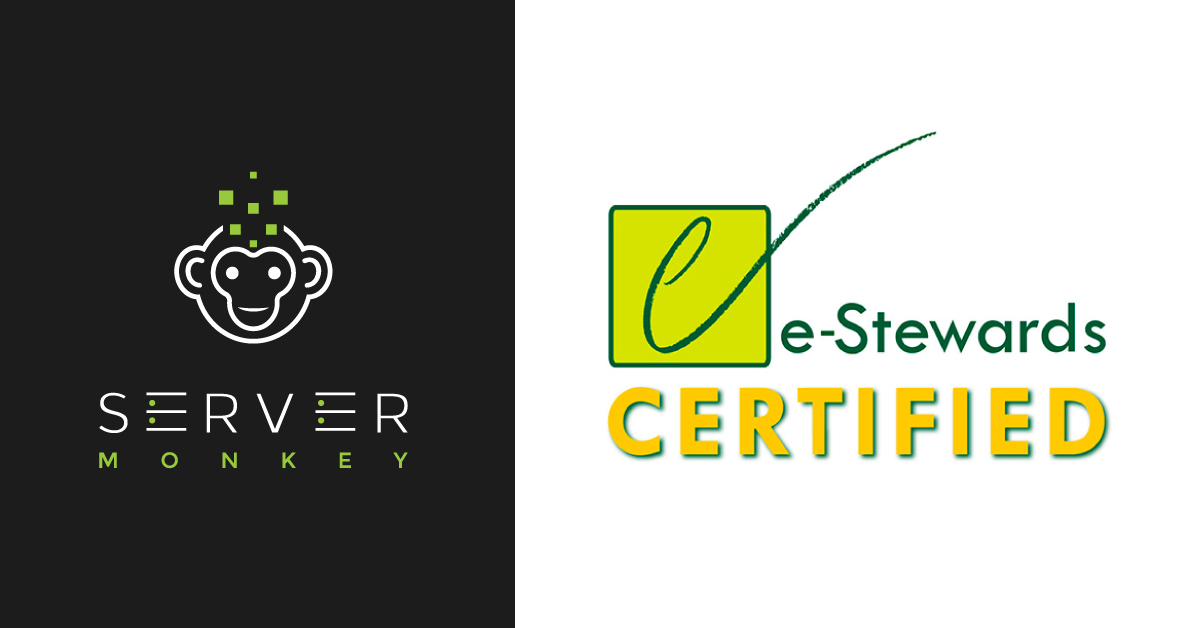 Houston, TX, August 14, 2019 -- ServerMonkey, a full-service information technology partner specializing in new and refurbished servers and networking equipment, is pleased to announce the company has achieved e-Stewards certification. This voluntary, top industry certification demonstrates ServerMonkey’s commitment to helping protect against environmental and human health impacts from improper recycling, in addition to promoting safe and effective recovery and reuse of IT equipment.

“ServerMonkey has always been committed to conducting business in an environmentally responsible and socially conscious manner, but any vendor can make that claim,” says Bashar Hindi, Vice President of Sales. “This certification reassures our customers we meet the highest standards for responsible recycling.”